Showing posts from August, 2013
Show all

Summer's Winding Down - Bring on Fall! 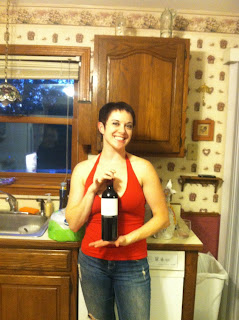 Time's passage continues to amaze me. Isaac goes back to school next week, I've been given more responsibilities and hours at work and I start training next week for them. $400 in my hands - glad I didn't drop it! We went to the family reunion for a couple of days and it was a joyous, raucous affair, as I figured it would be. I even partook in a $400 bottle of wine, courtesy of the coolest brother in the world. Because of him I discovered a hat that actually looks fabulous on me (I never believed such a thing existed) - a fedora he got in New Orleans. I wore it both evenings, since it really didn't go with my leopard print bikini I wore during the day. Sitting around the campfire I said, "You know I'm leaving with this, right?" Aren't I a precocious little thing?! He should've slapped me upside the head and said no, but chuckled in resignation instead. I'm sending the fabulous hat back. It's been sitting on my dresser since we retur
Post a Comment
Read more

A Trip into Boston, a Fare-thee-Well, and Inspiration Strikes Again!

August 04, 2013
The passage of this week was a teensy bit strange. I took Wednesday off, and day off in the middle of the week tends to mess with the flow. I actually went into Boston all by myself (like a big girl!). For an inexplicable reason, lo these past two decades, I completely infantilized myself by refusing to pay any attention to my surroundings when I've accompanied those who know it. But I was able to navigate my way - and it was a gorgeous day for a walk in the city! Also, Friday was the last day at work for someone whom I've come to regard fondly. I did a stellar job of keeping the little surprises his co-workers planned secret. Like the card that was brought down to me. I sent out an e-mail to the building letting people know I had it and they could stop by to sign at their leisure. I expanded the list to display each individual name and thought I deleted his name. Nope. Within roughly two minutes of it going out, the person who brought the card to me told me his name was stil
Post a Comment
Read more
More posts