Showing posts from September, 2015
Show all

A Twist of Fate

Yes, it's true. (Any Ghostbusters fans know what line cometh after this?? Hehe.) I am now being paid to write. The universe most definitely had a hand in this. The week after returning from vacation, I started perusing the job offerings. I replied to an ad on Craigslist for a part-time office assistant. I almost didn't send my resume, since the job was in a town about 45 minutes from me. But I thought maybe I could wow them so much I 'd get the expensive end of the pay scale, thus neutralizing the commute factor. I also thought it more likely I wouldn't be called back, since there are lots of people looking for work. But I had this feeling I should send my resume anyway, so I drafted a simple, few-sentence cover letter, attached my resume and clicked send. The next morning I received a call, which I let go to voicemail. It was the owner of the company. She said she received my resume and wanted to discuss my qualifications. I called her back later that morning and
Post a Comment
Read more 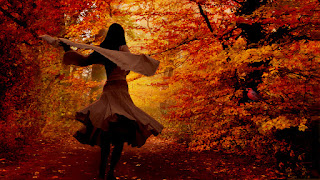 Welcome Fall! So how's everyone been the last two months? (Eeeek!) I can't believe how much time has passed since my last post. Several times I've plunked my keester in front of the computer, and each time I attempted a new post, nothing seemed to work. But it's working today! Summer flew by this year - in fact the whole   year has flown by this year. I truly can't believe that the first day of my favorite month is a mere two days away. Sheesh! The summer closed with me and the kids visiting my parents for a week. It was wonderful! My favorite pic of this trip is of Shiloh and Aisling (Haz-el-ing in Shiloh speak) that Mumsy took when we went to Enchanted Forest Water Safari -  EEEHHHH! Where the fun never stops - bomp-bomp! That day started off on a rather sour note. We left late (our fault), it poured on-and-off en route and for the first hour we were there, and  we got stuck in construction traffic (also en route). Mumsy and I were in her car with the g
Post a Comment
Read more
More posts