Showing posts from February, 2013
Show all

Amalgam After the Blizzard 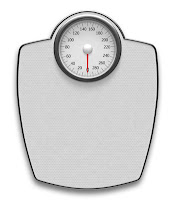 How has everyone been? Apologies for the brief radio silence. I can't believe two weeks have passed since my last post! I know I said "Up Next" was my movie review of  Cedar Rapids;  I'm still working on it. Surprisingly, I'm struggling on how best to construct my glowing opinion. Whilst I've enjoyed the extra down time afforded me without the second job, the bite of not having the extra money has started to sting. Also Isaac's occasional raging tantrums, that have no rhyme or reason, were pretty regular last week. The combo made for a briefly unpretty mindset.  Fear not - I'm not ready to commit hari kari! I'm all about balance - and the yin to the aforementioned yangs is.... drum roll...... I'm going to see Garbage in concert!! Maria Facebooked me that Garbage was going to perform at The House of Blues in Boston. (Anyone else experiencing trepidation that Facebook might go the way of Google - become so transcendent that it also gai
Post a Comment
Read more
More posts