I began contemplating how things have a tendency to "come full circle" after reading this blog post by the awesome, acerbic, witty and pretty Shan. (Sound like anyone else?) In it she ruminates about how a favorite workout DVD of hers that had been collecting dust for a while found its way front-and-center in her rotation again. For me, yoga has come full circle.

For the past two decades or so, I've practiced yoga on the periphery of my usual exercise routine - vacillating between 10+ times a year to 10+ times a month. If you've read this blog with any consistency (because I've been so consistent with posts....) you know that my fitness routine is mainly focused on HIIT training with circuits, weights and kickboxing. 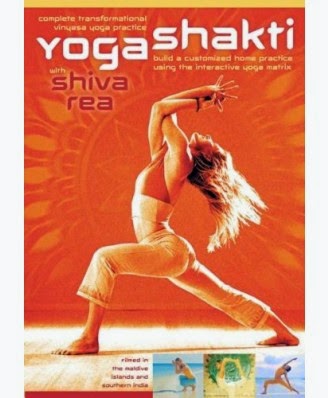 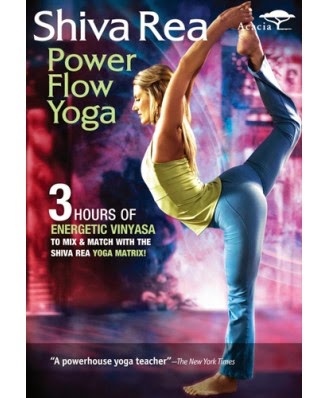 I was not in a good way for the latter half of 2013, and it carried into the beginning of this year. This darkness permeated so deeply that I didn't even have the wherewithal to do any of my workouts, which usually bring me out of my funks. I also despised not exercising - the sluggishness and thickening waistline were not doing any favors for my mental disposition. Then, at the beginning of February, I remembered my two favorite yoga DVDs by Shiva Rea: Yoga Shakti and Power Flow Yoga. The latter is a compilation DVD where Shiva combined vinyasas from a dozen of her other DVDs. I hadn't fully explored this DVD, so there was a treasure trove of new exercises for me attempt.

So began my yogic journey, and my soul's rejuvenation. My pre-work Jillian Michaels's tough-love taunts and kickboxing routines were switched out for challenging, yet soothing vinyasa flow. Usually forty minutes in the morning and and another ten or twenty after work. Every day. One Friday on my way to work, about two months after starting, I stretched my arms overhead and I felt ujjayi and connected to prana. My darkness was gone.

In April Shiva came to a Zen center in Rhode Island and because yours truly has the best Mumsy in the world, I got to attend the event. She was warm, engaging and funny. She led an hour-and-a-half routine (even adjusted one of my postures) followed by a book signing. I was the second person to have my book signed. I told her, "You brought me out of my darkness. Thank you." She replied, "Isn't it the most wonderful feeling?" Then she hugged me. Amazing.

Since I resigned my receptionist position to be home for Isaac's summer break, circuits and kickboxing have come back into the routine, but nary a day goes by without yoga. I did miss two days a few weeks ago, and it was as though I were in withdrawal! Just a ten minute sun-salutation brought everything back into alignment that I hadn't realized was out. Yoga will never be on the periphery again. And becoming a certified Prana-Flow yoga instructor has vaulted to the top of my life's to-do list!

Time to get presentable, put together a picnic lunch and take the miscreants on a hike so they can stop bouncing off the walls.

I hope you are have a wonderful summer!