August 13, 2014
There has never been a performer like Robin Williams.

While visiting with my sister, BIL and their friends vacationing in Mattapoisett Moday night, sis greeted my return from the kitchen with: "Meghan, Robin Williams died."

My immediate, profound, exclamation was, "No f*ing way!"

In Slate's TV editor, Willa Paskin's article "Robin William's Engergy Was so Powerful He Didn't Know How Turn It Off."she makes some interesting points: A celebrity's unnatural demise can tarnish their image, at least for a while. Robin Williams was always "on" - unable to not endeavor to elicit laughter from those around him (I'm paraphrasing here).

I'll let the pros pontificate the greater depths of this tragic loss. Even though he turned in some spectacular performances of a dark nature (One Hour Photo, Insomnia) laughter was obviously his life's driving force. My two favorite guffaw-enducing, quintessential Robin Williams movies, are Aladdin and Mrs. Doubtfire. Both films utilized every bit of his bombastic, manic energy to its fullest.

The highlight of Aladdin (obviously):


I think that says it all. 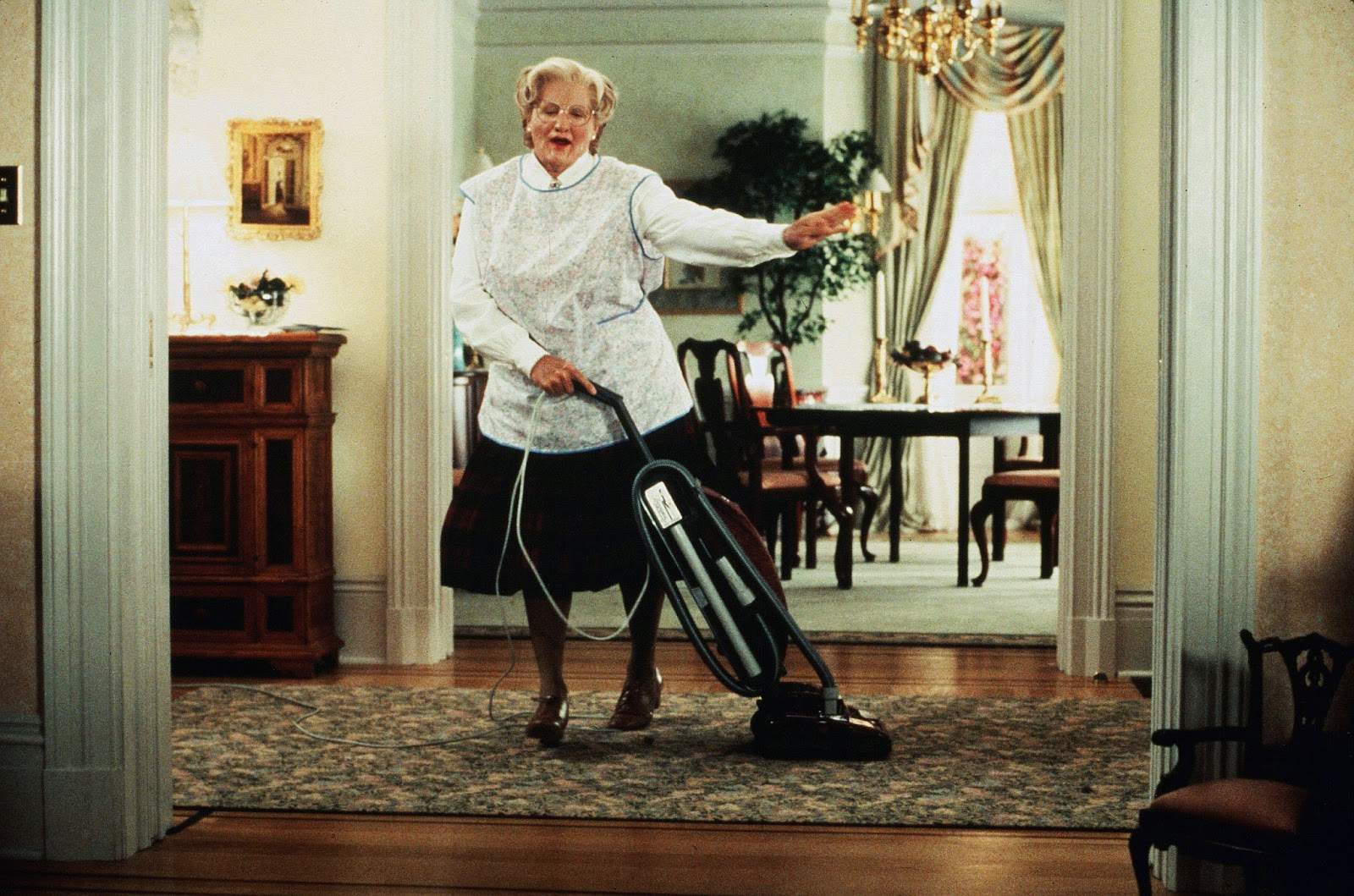 While there are many single moments in Mrs. Doubtfire - Setting himself on fire while cooking (something to which I can relate...), nearly beating up the mugger who tried to steal his purse, dancing with the vacuum to Dude Looks Like a Lady and, of course, "It was a run-by fruiting!" - the pinnacle moment is at the restaurant where he quickly gets hammered while yo-yoing between his family's table and Mr. Lundy's. He falls on his arse at his family's dinner table, then plunks himself down - as Mrs. Doubtfire at Mr. Lundy's table. These hijinks are topped off when Stu starts choking on his dinner. Mrs. Doubtfire bellows, "Hold on dearie! Help is on the way!" Then this overweight, old lady catapults over a table and administers the Heimlich maneuver and saves him.