May 07, 2012
Slate is my online mecca of information. Every subject under the sun has been covered here. The writing is fantastic - I've even developed an interest in jurisprudence thanks to Dahlia Lithwick. And my favorite advice columnist dispenses her word of wisdom here. Hence my un-surprise that since reading his first article, I've gobbled up every morsel written by fashion whiz Simon Doonan that I've come across. After perusing his archive, there are yummy bits I've missed and will rectify that soon.

Since I spend at least an hour a day, four -five days a week working out, never leave the house without make up and rarely go out in sweatpants, I have a vested interest in my appearance. However I tend to be a bit of a snob about fashion, but not in the usual way one would take that statement. If I were to compare my feelings about the fashion industry to those of a fictional movie character, they would be akin to Andrea's at the beginning of The Devil Wears Prada (although to a lesser degree). Unlike Andrea though, I take time to figure out what looks good on me and appreciate all the effort that goes into making great clothes. But ultimately I find it to be an industry comprised mostly of vapid, hollow people with an inability to see past predetermined parameters for beauty. Simon has addressed these positions, among others in some of his articles with an acerbic wit that keeps me coming back for more. Here he espouses on a subject that has irritated me for a while: The adulation of the do-nothings when we used to be enamored of scientists, doctors and other truly gifted people with the capacity to make unparalleled contributions to society.

Because of reality TV we've been inundated with a plethora of do-nothings - i.e. the Kardashians and The Jersey Shore ilk: I have a camera following me a round! Everything I do and say is totally awesome! Now that I have your attention I'm also a designer and a writer. Buy my things! - UGH! That Snooki has published a book kills me (that I actually know who she is also brings me to the verge of hari-kari). I don't begrudge anyone success, no matter how they come to it - BUT - it's aggravating that a publisher paid her, printed her words, wrapped a binding around them then shoved them, en masse, to book stores all because she was on TV (I never saw the show - did she actually do anything? Is it still on?) Since the reviews of it were less than stellar, I don't think the world would have missed out if she hadn't put fingertip to keyboard.

Simon conjectures that we now live in an-everyone-is-special-so-nobody-gets-hurt society, therefore it's easier to worship people who do nothing, since being in awe of those who are special and accomplished would make us feel bad. Given the complexity of the human condition I don't think that's the only reason. Using history as a barometer, it's not out-of-line to surmise that our society is at the beginning of a downward spiral. The wealthy are getting wealthier, the poor poorer, and the middle class is disappearing. Politicians and leaders refuse to compromise, so nothing is getting done. Ultimately the state societal affairs is so disheartening that people aren't looking for enlightenment, but for escapism - and the occasional train wreck to remind them that maybe their life isn't so bad. Hence the junk food of entertainment: reality TV. Since its advent the do-nothings have barreled into the limelight for us to fawn over.

I've said it before - reality TV is one of the four horseman of the apocalypse. It's this age's Roman Colosseum. It's been portrayed as the pulse of decaying societies in many novels - the first novel with reality TV front-and-center I recall reading is The Running Man, by Stephen King. And most recently in Suzanne Collins' stunning, powerful The Hunger Games series. Conversely, on a show with the most optimistic outlook on humanity's future Star Trek, there are no reality TV shows. They don't appear to even watch TV. And since I'm at heart an optimist, I hope a Star Trek future is in store for us. Even in the Trek-verse there was a devastating World War Three before Dr. Zefram Cochrane invented warp drive, catching the attention of the Vulcans, who then make the detour that forever changed humanity. For me that gives weight to the adage that things worse before they get better.

Despite my negative feelings about reality TV, I'm not completely impervious to its salacious appeal. I was sucked into this vortex by Food Network Star just after having Shiloh. I was flipping through the channels and happened to leave it on Food Network when I was distracted by something. I came back to the living room, picked up the remote to change the channel - and then didn't. If I remember correctly there was a marathon on that day, and I was hooked. One talent each contestant possesses, of which I'm in complete awe, is their ability to come up with recipes on the fly. This must come with years of experience, be an innate ability or a combination of both. I'm only just coming into my own in creating my own recipes, and am definitely nowhere near the point where I could make something edible, never mind delicious, from a pile of random ingredients. Of course there is the expected melodrama within the usual categories of characters (i.e. the comedian, the villain or villainness, the intellectual, etc.) There was one contemptuous, conceited witch last season, Penny, who really made my blood boil. When she spoke to the camera in all her snarky glory, I would actually yell at the TV (this is not as uncommon an occurrence as it should be). I got Ben hooked on this show, too. He returned the favor by roping me into Ice Road Truckers. I was immediately fascinated because I had no idea there were these ice roads. And the truckers - male and female - that do this work have some serious cojones. Newbies are brought up each seasons to see if they can hack it. One particularly dense, abrasive hillbilly from last season, Dave, brought on bouts of Tourette's in me ala Penny from Next Food Network Star.

As much as I enjoy those shows, though, I'd take the hit to my DVR if it meant the rest of them would disappear forever. But since they cost little to produce and are cash cows for the networks, I don't foresee the demise of reality TV any time soon. 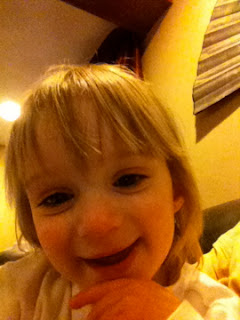 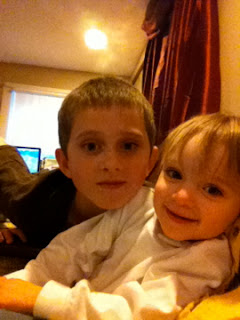 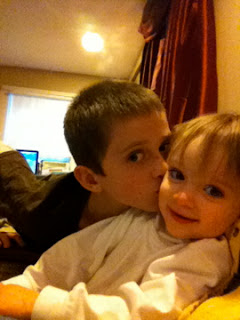 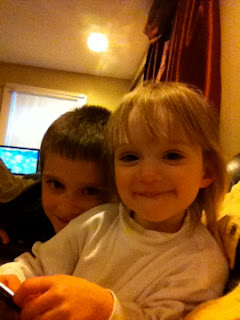 
Cinco de Mayo was Saturday. A much bigger deal in Tucson than around here, but I'm a fan. By that I mean it's a great reason to have a tequila cocktail and some Mexican food. I found this chicken and cheese enchilada recipe. Since I haven't seen tomatillos in great abundance upon returning to MA, and was short on time to throw dinner together, I purchased green salsa. To round out the meal I also bought: 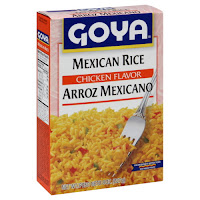 There wasn't enough chopping and sautéing for me to consider this real cooking. But Ben thought it was delicious! Sunday he couldn't wolf down the leftovers for lunch fast enough. I'm now on a mission to broaden my cooking horizons. Marcel Valladolid's recipes of Mexican Made Easy on Food Network seems as good a place as any to start. Ben said I really want to impress him I need to make red beans and rice. I told him to get his friend's recipe, if he'd be willing to share it, and I'll take a whack at it.